A History of Dental Science 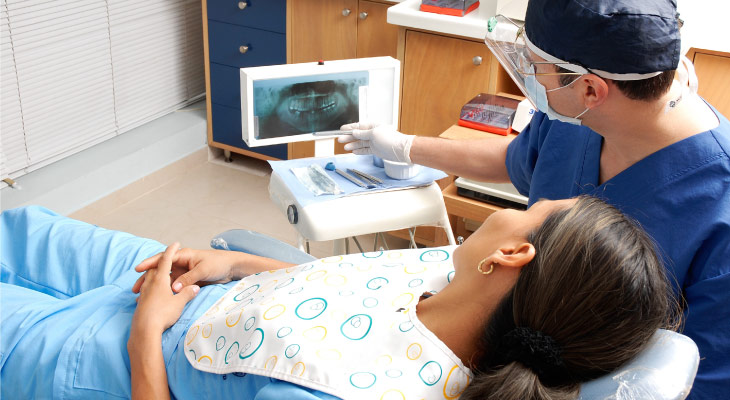 We’ve come along way from where dentistry began. To learn about the history of dental science and how modern dentistry came to be, we need to go back in time…

Back in 5000 BC, a Sumerian text described “tooth worms” as the cause of dental decay. This is the earliest known record of dental science. About 2,500 years later, an Egyptian scribe who was known as the first dentist, passed away. The inscription on his tomb read “the greatest of those who deal with teeth, and of physicians.” Much later, around 500-300 BC, Aristotle and Hippocrates wrote about treating gum disease and tooth decay, using wires to stabilize loose teeth and fractured jaws, as well as removing teeth using forceps.

Two important dental works were published in the Middle Ages. Artzney Buchlein’s Little Medicinal Book for All Kinds of Diseases and Infirmities of the Teeth, the first book devoted to dentistry which covered topics like placing fillings and oral hygiene, was published in 1530 in Germany. Ambrose Pare, known as the Father of Surgery, published Complete Works forty-five years later in France, detailing treatment for jaw fractures and tooth decay, as well as tooth extractions.

Yet another revolutionary text was published in 1723 by Pierre Fauchard, a surgeon from France known as the Father of Modern Dentistry. The Surgeon Dentist, A Treatise on Teeth described dental science practices like basic oral function and anatomy, operating techniques, and dental construction. During the 18th Century, some of the first American dentists started practicing dentistry, the first dental chair was invented, and the first patent for porcelain teeth was created.

The 19th Century saw many advances in education and science. An investment in dental science as a career lead to the opening of the first dental school and the creation of the Doctor of Dental Surgery (DDS) degree. Further establishing dentistry as an important medical discipline, the American Dental Association and the American Society of Dental Surgeons were created. Scientific achievements made in the 1800s include the commercial manufacture of porcelain teeth, tubed toothpaste, the reclining dental chair, use of anesthesia in oral surgery, using gold fillings for cavities, and more.

The 1900s were a century filled with the creation of many organizations and practices including water fluoridation, the first dental hygienist program, the U.S. Army Dental Corps, and the American Board of Orthodontics. Other advancements in dental science include the electric toothbrush, Novocain, nylon toothbrushes, tooth-colored restorative materials for cosmetic dental work, the porcelain crown, and many more.

Next time you sit down in the dentist’s chair, think about the history of dental science and the ways in which its shaped our culture and our medical practices today. Contact us to schedule your next checkup and cleaning!